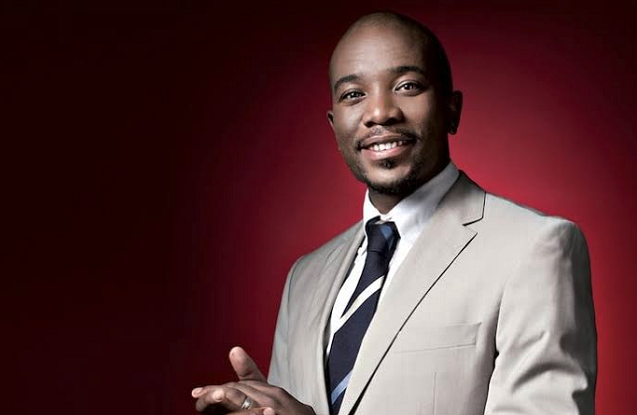 The climate crisis may be global, but Africa has a particularly important role to play. As our continent stares down the barrel of the most dramatic demographic change, we are presented with huge challenges, but also unique opportunities.

The recently delivered State of the Nation Address covered many domestic issues facing South Africa, yet it was a great opportunity to also look globally.

We engage in this year with SA having taken the chairmanship of the African Union. I strongly believe this is Africa’s decade for a much stronger contribution to global politics. Now is the time for us to lead the dialogue on climate change, and how we can develop in a sustainable manner.

We discuss Eskom, we discuss SAA, Prasa and Transnet. These are very important conversations, but we sometimes forget to have other conversations, about the region, about our role in the global political community. We can build a developmental curve that is economically strong with a sustainable future.

A conversation that should get more attention but is sometimes drowned out is the environmental crisis and how we are directly affected. Climate change is real and South Africa has a role to play in combatting it. The Northern Cape is in the midst of a drought and Johannesburg has been having flash floods. The climate in SA is changing and this has profound economic issues. While we are divided on so many issues, while we are living in the age of factionalism, we cannot afford to be factional about ending the biodiversity crisis.

Today the biodiversity crisis has never been higher on the global agenda, nations around the world are waking up to the reality that the way we are operating is fundamentally unsustainable.

Recent events have brought with them a realisation that the biodiversity and climate crisis is no longer something that we as Africans can kick into the long grass. Significant and irreversible biodiversity loss and dramatic climate change are happening now, before our eyes, and will cost us dearly. As teenage climate activist Greta Thunberg highlighted when discussing the bushfires that swept through Australia, “In case you haven’t noticed, our world is on fire.”

This crisis is a global one, and as such requires a global response. Scientists agree almost a third of the Earth will need to be protected by 2030 and pollution cut by half to save our remaining wildlife, as we enter the planet’s sixth era of mass extinction, according to a United Nations agency.

International efforts such as the Campaign for Nature, a partnership between the Wyss Campaign and the National Geographic Society, have been pivotal in raising awareness about the challenges we face and how we can tackle them. Their campaign, backed by 100 environmental organisations and a growing number of African governments, aims to secure a global commitment to protect at least 30% of global land and sea. Perhaps most importantly, the campaign has a heightened focus on supporting indigenous peoples and increasing financial resources to manage protected areas in a way that is mindful of communities living in and around them.

Africa has a particularly important role to play. As our continent stares down the barrel of the most dramatic demographic change we have ever seen, we are presented with huge challenges but also unique opportunities. With population levels in Africa expected to double to 1.9 billion by 2050, we can and should make an active decision to ensure we prepare for this development in an environmentally mindful and sustainable way.

As the former prime minister of Ethiopia, Hailemariam Desalegn, wrote, “There is a myth that political leaders must weigh up the importance of protecting our planet against the immediate short-term needs of our citizens. We must expel this idea that these two are mutually exclusive.” The age-old retort that countries must first be allowed to develop is defunct. If countries are to develop, they must do so in a sustainable way, so future generations can also reap the rewards.

Perhaps nowhere has the happy marriage between economic development and conservation been more clearly demonstrated than in Rwanda. Having recently undergone a revolution in its economic makeup, it has transformed itself from the dark days of 1994; rebranding the country as a gateway to Africa, improving the business environment, establishing sound institutions like the Rwanda Development Board, and building proper infrastructure.

But crucially, Rwanda has led the way with green legislation. Not only did it become one of the first countries to ban plastic bags, along with Kenya and Tanzania, but every year Rwanda plants millions of trees, part of a massive reforestation plan that aims to increase the country’s forest cover to 30% of its total land. The establishment of a Green Fund, a groundbreaking investment fund that supports the best private and public projects that contribute to a green economy, has mobilised more than $100-million and generated almost 140,000 new jobs.

Ecotourism is a booming industry, and one that should be capitalised on by those lucky enough to be endowed with the landscapes Africa is so fortunate to have. Namibia, for instance, is on track to generate 21.6% of its total GDP by 2025 from tourism alone, following the creation of the Namib-Skeleton Coast National Park. Covering more than 10 million hectares and stretching for 1,570km, the park goes from the Angolan border in the north right down to the South African border in the south.

But tourism is not the only industry that could benefit from greener policies. A report published by Kleos Advisory at the recent UK-Africa Investment Summit in London estimated that the pay-as-you-go solar power market, that could potentially give power to millions across Africa who currently do not have access, could be worth $24-billion.

Ethiopia, another African country with a promising green agenda, is hosting the AU Summit in Addis Ababa later this month, and while the theme is “Silencing the Guns”, it also aims to create “Conducive Conditions for Africa’s Development”, of which the environment is an integral part. If we continue hurtling down this path of climate and biodiversity loss, Africa will only see greater instability, water scarcity, drought, famine, war, unemployment and disease.

Ahead of the African Union Summit, the Convention on Biological Diversity released its Zero Draft on the Global Deal for Nature in January. One of the first major steps towards the COP15 being held later this year in Kunming, China, the draft promisingly highlighted the need to protect 30% of global land and sea by 2030.

There are certainly encouraging signs that African governments are taking this seriously, with a number already committing to the 30 by 30 pledge. Rwanda, Uganda, Gabon, Senegal, Mozambique, Seychelles and Cameroon have already pledged their support, with a great many others soon to join the High Ambition Coalition calling for a global deal. Yet, there is one glaring omission: South Africa, among the world’s 10 most biodiverse countries, home to nearly 10% of all bird, fish and plant species, and 6% of mammals and reptiles, has not.

For the sake of our citizens and natural resources, South Africa needs to support this Global Deal for Nature, and promote it at the AU, hand-in-hand with our friends and neighbours.Africa needs a strong voice on the environment, it cannot afford not to. By joining calls for a 30 by 30 commitment, we can encourage others around the world to do so, bring in greater financial assistance, and ultimately protect our planet.

There are many divisions in South Africa that we desperately need to work through to prosper, but the one thing we can all agree on is that we have a responsibility to protect this land we call home. It’s about time South Africa stood up and spoke not just for Africa, but the world. DM