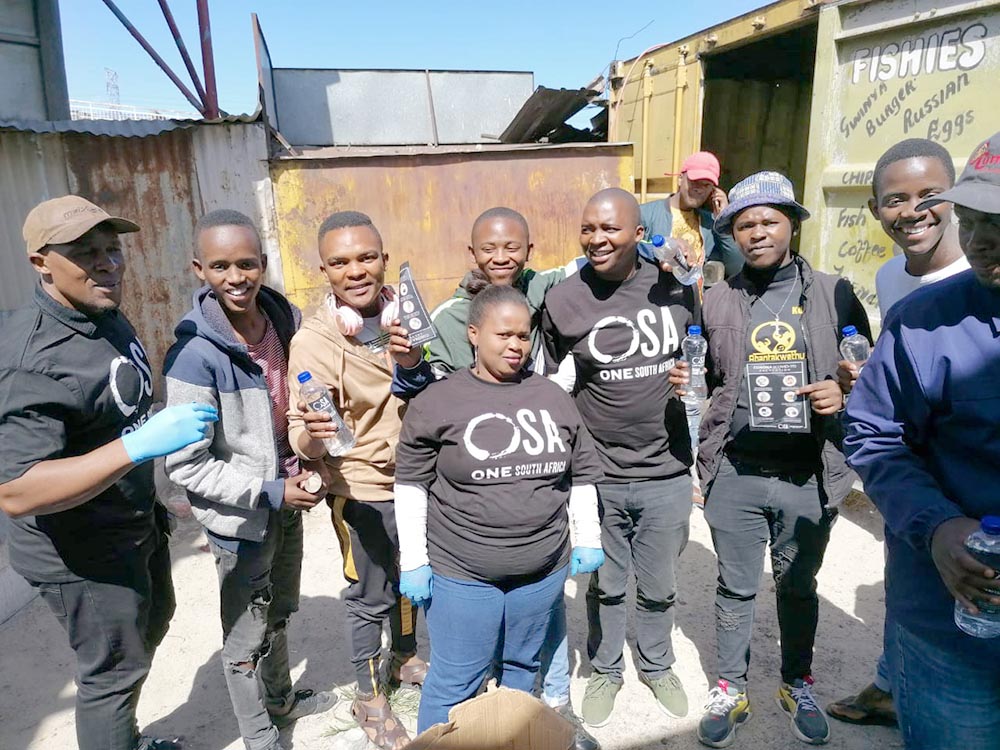 On 21 March 2020, in commemoration of Human Rights Day, Mmusi Maimane, alongside the One South Africa Movement activists, distributed 5000 litres of hand sanitiser to the community of Mfuleni in Cape Town as part of its #TogetherWeCanWin campaign to stop the spread of COVID-19.

The distribution of a further 10 000 litres continued on 26 March 2020 before lockdown to the communities in Nyanga, Khayelithsa, Hout Bay and Fish Hoek in the Western Cape and Evaton in Gauteng.

The hand sanitiser, bottles, transport and printing were all donated by individuals doing their bit to stop this virus and protect poor and vulnerable communities.

“I wish to extend my deepest gratitude to each and every person who contributed towards the #TogetherWeCanWin campaign. Thanks to your efforts, we are able to play our part in halting the spread of the Covid-19 virus – particularly among poor and vulnerable communities,” said Maimane, Chief Activist of One South Africa Movement.

The campaign will now expand to several other vulnerable communities across the country and distribute hand sanitiser and hygienic products in high volume areas such as bus stops, taxi ranks and train stations.

One South Africa Movement met with CODETA, one of the leading taxi associations in the Western Cape. It was a significant meeting and a partnership and working relationship has been formed in the quest to build one South Africa.

The One South Africa Movement exists to unite South Africans from all walks of life – community associations, NGOs, religious bodies and business – to fight for the dignity and the needs of the excluded and the marginalized and build one South Africa. In one week it has demonstrated how powerful such a movement can be.

“I wish to appeal to you to not stop giving and being activists. We are bound to face a grim period, socially and economically, once COVID-19 has been brought under control. Our work will be vital during that time and beyond,” said Maimane.

IQ – Greensolutions Pty Ltd has donated the 15000 litres of hand sanitiser and will be upping the quantity to fight against COVID-19. Cape Town businessman Rob Hersov has in his private capacity made a substantial donation towards the movement’s projects.