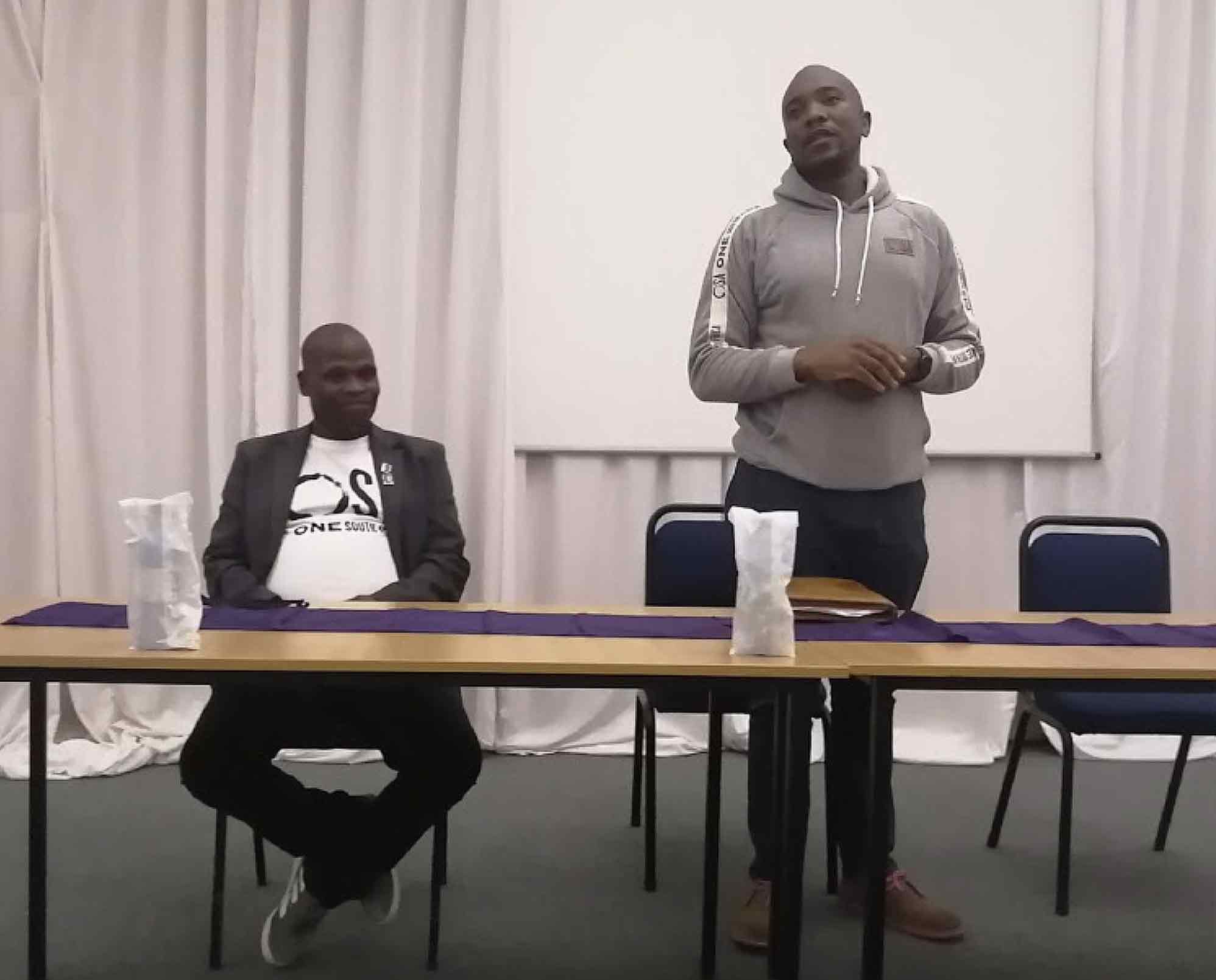 Posted at 11:03h in News by Alexandra Lasch 0 Comments
0 Likes

One SA Movement leader Mmusi Maimane has officially brought the movement to the Eastern Cape.

On Thursday, Maimane met religious leaders in Port Elizabeth before travelling to East London where he met 30 representatives and outlined his vision for the movement, which he previously stressed was not a political party.

He said One SA Movement (OSA) was a platform for individuals, civil society, non-governmental organisations and religious bodies and smaller political parties. East London politician and former deputy president of the African Federal Convention, Themba Wele, was named as the OSA provincial coordinator.

The Eastern Cape is home, I was also in PE and we met church leaders who are very positive about One SA, who want to see how they can get their candidates into their communities

“The commitment from the people of the Eastern Cape is encouraging. “If we speak about great leaders such as Steve Biko, Walter Sisulu and Nelson Mandela, who are from this province and brought change to SA, the change that will happen now, will also start in this province,” he said. Maimane told the Dispatch he was working with other organisations to campaign for electoral reform to give individuals “power” over who represented them in national and provincial legislatures. Maimane has joined forces with COPE president Mosioua Lekota and businessman Michael Louis in their attempt to reform the electoral system. Their direct election bill, which seeks to have individuals run for public office, will be tabled in parliament by Lekota next Friday. The Constitutional Court ruled in June that parts of the Electoral Act were unconstitutional and ordered parliament to change it to allow independent candidates to stand for provincial and national polls.

“The national parliament is now working on a plan to meet a Constitutional Court deadline to change legislation that will allow independent candidates to stand in the next election. “If we know who is corrupt, we can easily remove that person, rather than waiting for the party to do so. “It would mean that when budgets are being passed, we would know what an MP from East London intends to do when he votes,” he said. “Ultimately it will change the system in making sure MPs are no longer loyal to the party but loyal to the constitution.” He said OSA was on a campaign for the National Assembly to be reduced to 350 seats. “Cutting 50 MPs already frees up money, because you don’t have to deal with the resources around those people and can create a saving of a R100m.

People are tired of politics in parliament, so I decided to leave parliament and go outside, so that when we go back, we go with the power of the people

“We want to also reduce provincial legislatures and make sure that democracy works.

“We must build one SA not because we want to go back to parliament but because we want to work with the people, so South Africans can know that all leaders work for them. Life has to improve for everyone.” Wele said he was ready to grow the movement in the province.

“Voters do not have any power, so this movement seeks to give power back to the people and not political parties.”