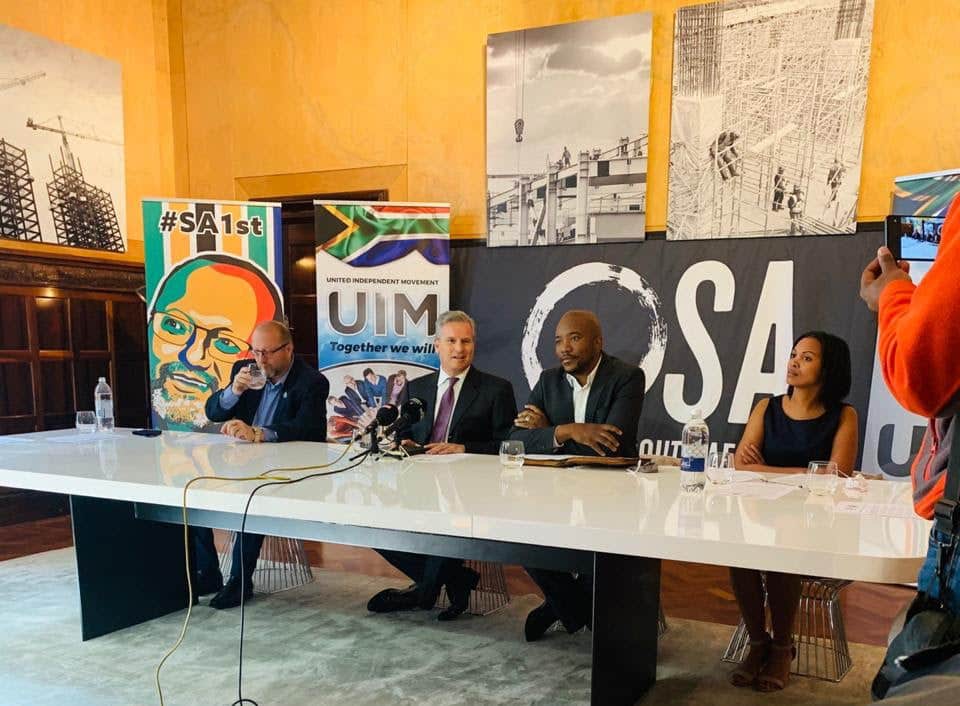 Today, Chief Activist of the One South Africa Movement (OSA), Mmusi Maimane, joins business mogul and former ANC National Security Advisor, Neil De Beer, as he announces his resignation from the ANC after more than 30 years of membership to form the United Independent Movement (UIM).

Mr De Beer is currently President of Invest Fund Africa and has served in various roles in the ANC and in government. A former ANC National Security Advisor to Nelson Mandela and Umkhonto we Sizwe intelligence agent, Neil was most recently Special Advisor to the Deputy Minister of Defence and Military Veterans. Much of his story is detailed in the bestselling book ‘Undercover with Mandela’s Spies.’

In addition to his political journey, Neil has an impressive track record within the business sector, particularly on the African continent. He has served as Chairman of AFGEM, CEO of DEBCOR and DiamondCorp, and is the founding president of the Africa-based Monetary Fund and the first Secretary-General of the Office of African Business Development (OABD).

Today, Neil has decided unequivocally that after 32 years in the ANC, it is no longer recognisable to him and has passed the point of no return. Having lost faith in the party-political system, he is with immediate effect, officially ending his membership to the ANC. In his own words, “former President Nelson Mandela would not be part of the ANC if he was still alive today”.

In this light, Mr De Beer has created the United Independent Movement – a civil society movement with a vision to educate South Africans about their power and fundamental rights to uplift their communities and elect independent candidates to public office. This is made possible following the Constitutional Court judgment in June this year which ordered Parliament to change our electoral laws to allow for independent individuals to stand for election to Parliament.

OSA welcomes the decision by Mr De Beer not only to leave the ANC and form the UIM, but to commit to a symbiotic working partnership between OSA and UIM to educate citizens about direct elections and to recruit community activists, engineers, doctors, lawyers, nurses, school teachers, entrepreneurs,

We believe this will bring about a new model of direct, accountable governance in South Africa and put an end to political party dominance. This strengthens accountability, brings decision-making closer to the people, and ensures the best, fit for purpose individuals represent us in Parliament.

The path to direct elections is already underway. The “Direct Elections Bill” is currently before Parliament, and the public comment period for the submission of written representations on the proposed content of the Bill closed yesterday, 30 September 2020. The Bill seeks to:

We will ramp up our public education campaigns on direct elections in the coming weeks, speaking to constituencies in every province in South Africa.

It’s time we are given the opportunity to directly elect the best of the best to serve South Africa and change its fortunes. Today is a historic step towards achieving this goal.