We must invoke real oversight over the laws governing this lockdown 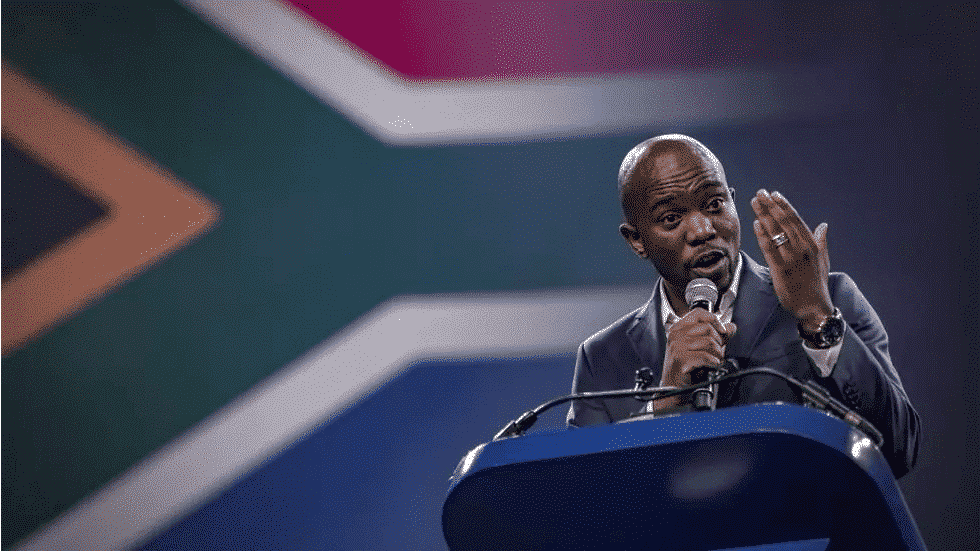 Posted at 09:51h in News by Alexandra Lasch 0 Comments
0 Likes

If we don’t as citizens realise that the opposition, the executive and Parliament are complicit in undermining our freedoms, we will be left behind, writes Mmusi Maimane.

Nobel Prize laureate and writer William Faulkner famously once quipped “we must be free not because we claim freedom, but because we practice it”.

As we celebrated the 26th anniversary of South Africa’s first democratic election with Monday’s Freedom Day, these words ought to remind us of the incredible task that still lays ahead if we are to be truly free as a nation and as individuals in South Africa.

We must appreciate that freedom is earned, through continuous and consistent practice.And that freedom must be defended using every tool at our disposal. Lessons from our painful history teach us that any threat to our freedom, no matter the justification, must be treated with caution and suspicion.

There exists a stark contrast between that historic day 26 years ago and our situation today. While we were practicing our freedom then, today we are sacrificing it on an unprecedented scale in the wake of the Covid-19 pandemic.We have handed great powers to the executive, while an increasingly weak Parliament has all but abdicated its constitutional duty to scrutinise and interrogate the exercise of power by the executive.

During this national lockdown period, our most basic human rights have been stripped away in the name of defeating this invisible enemy.Don’t get me wrong, Covid-19 is a great threat to our country – especially the poor and elderly – and it must be neutralised.However, in the fight to defeat this invisible enemy, the ANC national government has stumbled upon a visible enemy – us, the people.

The creation and application of the many new Covid-19 regulations during this time lack rationale and require interrogation.From cooked chicken to curfews, the list is endless. And with each passing day there appears to be a growing sense that this government is drunk on its newfound power.Videos circulating on social media of police brutality is but one example. We need to have a series conversation about where this all will end.The source of the problem is the manner in which laws and regulations can be cooked up and dished out with little to no oversight. And this is where Parliament is falling well short of its constitutional duty.

We the people elect MPs on million-rand salaries to perform many tasks – one of which is oversight over the executive.The president and cabinet ministers cannot have free will to do as they wish, regardless of justification.This is true for any democracy in the world, but even more significant in South Africa in which the ANC government engages in systemic corruption.The fact that during this time of crisis government employees and councillors have stolen food parcels meant the poor is instructive in this regard.
To add to this regression of freedom, even opposition parties in Parliament are on the bandwagon saying or doing very little to perform meaningful oversight.

At present, Parliament has been rendered powerless.
Now is the time for citizens to ask the crucial questions about government action. We cannot continue to blindly obey while our economy and livelihoods wither away.
In this light, I want to propose that we invoke real oversight over the laws governing this lockdown.There exists in section 36 of our Constitution a test to be applied in the case where any rights contained in the bill of rights are limited in anyway.

The authors of our Constitution included this section as a bulwark against any arbitrary infringement on rights by another, including government.In effect, the section requires government to justify a limitation on any right, based on a collection of factors.The section states that “the general requirements for the limitation of any right is that it may be limited only in terms of law of general application “to the extent that the limitation is reasonable and justifiable in an open and democratic society based on human dignity, equality and freedom”.

The operative words here are “reasonable” and “justifiable”.
If we are to be giving away such a degree of our freedom, the very least we can expect is that the limitations are reasonable and justifiable according to constitutional standards.In making such a determination, section 36 guides us by “taking into account all relevant factors, including the nature of the right; the importance of the purpose of the limitation; the nature and extent of the limitation; the relation between the limitation and its purpose; and less restrictive means to achieve the purpose”.

If we were to apply this test to the regulation that implements a curfew on citizens between 8pm and 5am, it would be very difficult to make the case that it’s a reasonable and justifiable limitation on the right to freedom of movement. The same can be said for a host of other regulations.

They must be tested against this clause.
In this time, the person who has abdicated his duties is the Deputy President, David Mabuza.

As Leader of Government Business in Parliament, Mabuza should be at the forefront of ensuring Parliament oversees government actions and ensures they pass constitutional muster. The Leader of Government Business is responsible for the affairs of the national executive in Parliament, the programming of parliamentary business initiated by the national executive, and ensuring that cabinet members attend to their parliamentary responsibilities.

He has failed at this task, spectacularly.
Making sure the lockdown regulations are justifiable and reasonable should be the content of the zoom discussions in parliamentary committee meetings.If we don’t as citizens realise that the opposition, the executive and Parliament are complicit in undermining our freedoms, we will be left behind. Our rights will be abused and ultimately, we will all be at the mercy of the state without any oversight or recourse.

Having celebrated Freedom Day on Monday, maybe we should rethink what freedom means and the great cost to our society when we fail to practice it.
Government must always be subject to oversight and to the will of the people.